The museum opened on 10 August 1793 with an exhibition of 537 paintings, the majority of the works being royal and confiscated church property. Because of structural problems with the building, the museum was closed in 1796 until 1801. The size of the collection increased under Napoleonand the museum was renamed the Musée Napoléon. After the defeat of Napoléon at Waterloo, many works seized by his armies were returned to their original owners. The collection was further increased during the reigns of Louis XVIII and Charles X, and during the Second French Empire the museum gained 20,000 pieces. Holdings have grown steadily through donations and gifts since the Third Republic. As of 2008, the collection is divided among eight curatorial departments: Egyptian Antiquities; Near Eastern Antiquities; Greek, Etruscan, and Roman Antiquities; Islamic Art; Sculpture; Decorative Arts; Paintings; Prints and Drawings. 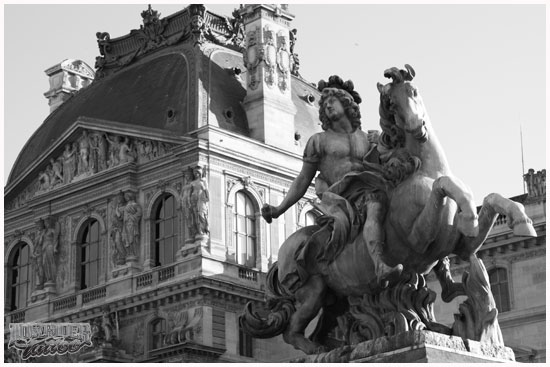 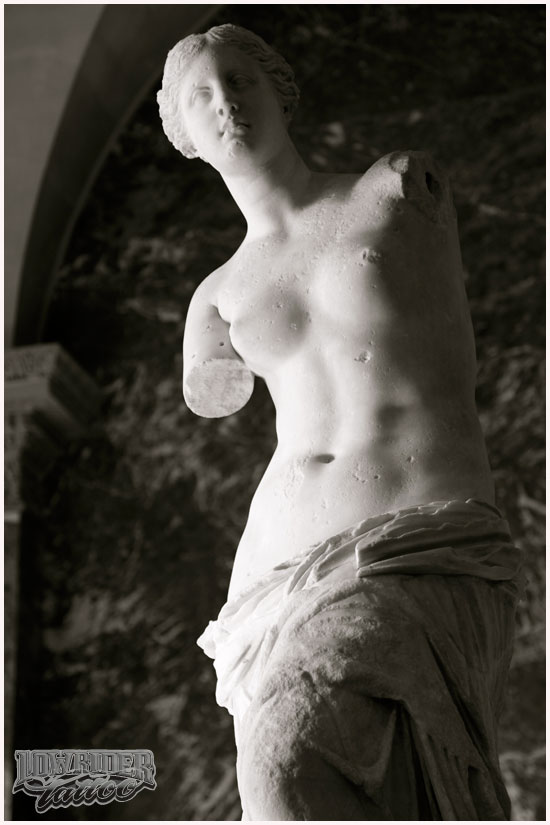 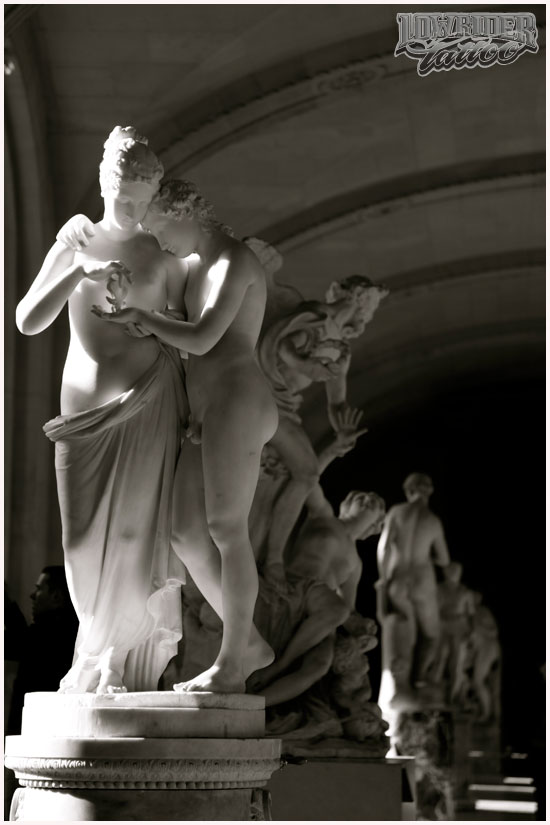 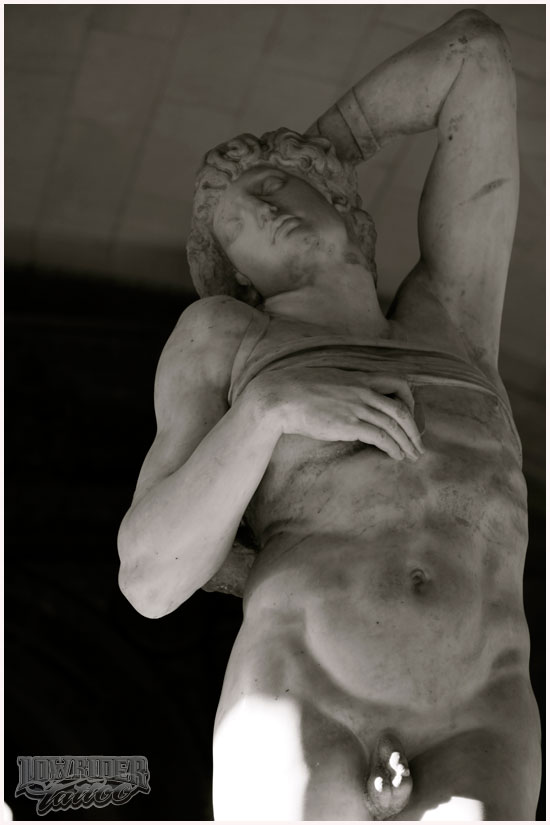 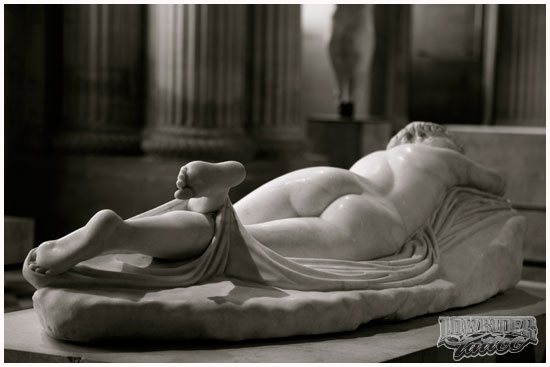 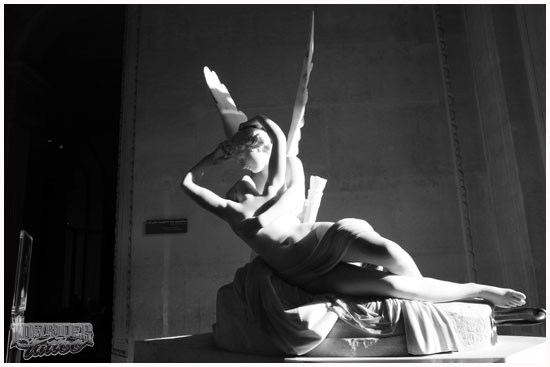 The sculpture department comprises work created before 1850 that does not belong in the Etruscan, Greek, and Roman department.[57] The Louvre has been a repository of sculpted material since its time as a palace; however, only ancient architecture was displayed until 1824, except for Michelangelo‘s Dying Slave andRebellious Slave.[58] Initially the collection included only 100 pieces, the rest of the royal sculpture collection being at Versailles. It remained small until 1847, when Léon Laborde was given control of the department. Laborde developed the medieval section and purchased the first such statues and sculptures in the collection, King Childebert and stanga door, respectively.[58] The collection was part of the Department of Antiquities but was given autonomy in 1871 under Louis Courajod, a director who organized a wider representation of French works.[57][58] In 1986, all post-1850 works were relocated to the new Musée d’Orsay. The Grand Louvre project separated the department into two exhibition spaces; the French collection is displayed in the Richelieu wing, and foreign works in the Denon wing.[57]

The collection’s overview of French sculpture contains Romanesque works such as the 11th century Daniel in the Lions’ Den and the 12th century Virgin of Auvergne. In the 16th century, Renaissance influence caused French sculpture to become more restrained, as seen in Jean Goujon‘s bas-reliefs, andGermain Pilon‘s Descent from the Cross and Resurrection of Christ. The 17th and 18th centuries are represented by Étienne Maurice Falconet‘s Woman Bathing and Amour menaçant and François Anguier‘s obelisks. Neoclassical works includes Antonio Canova‘s Psyche Revived by Cupid’s Kiss (1787).

It has been an awesome time so far work is paused for a couple of days so we are trying to enjoy Paris as much as we can.   We can say we are lucky  to have the privilege to be in such a grand part of the world.

Oh I almost forgot a symbol of our legacy. 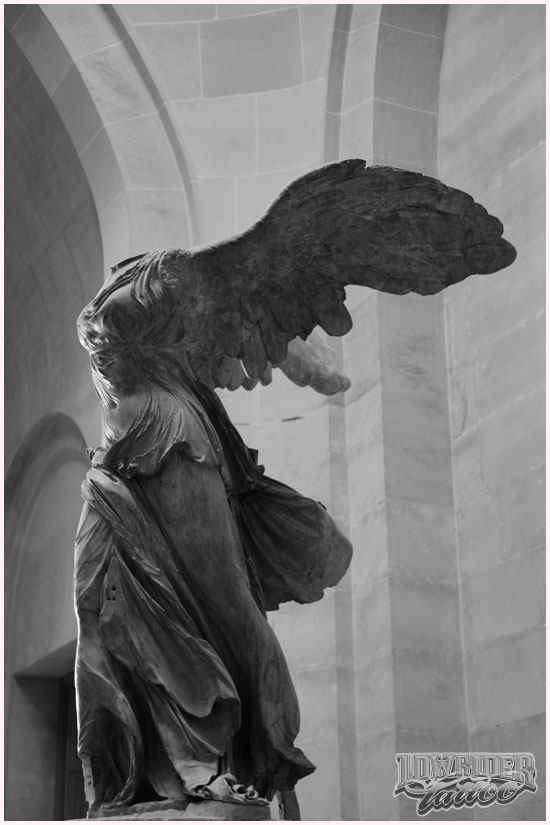 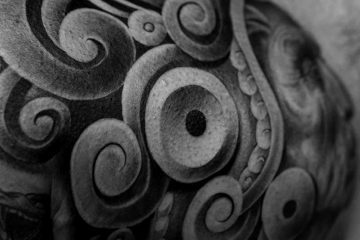 The future is fuckin terrifying, the idea of the unknown is something that haunts the thoughts of countless who meditate...

THE ART OF TATTOOING

The art of tattooing is very difficult to understand, just when you think you have it all figured out you are faced with... 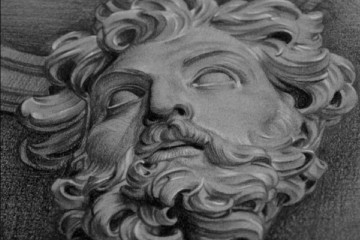 It all started years back when  I meet a really good friend who till this day is one of my best friends even though we ... 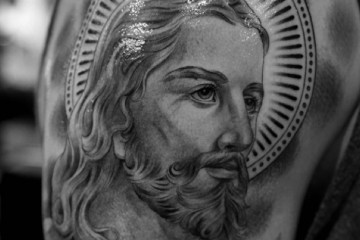 Today’s segment is our studio’s very own Miguel Ochoa. Have a look at his latest work from his return to the... 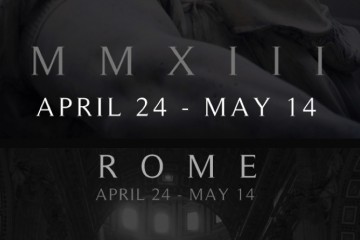 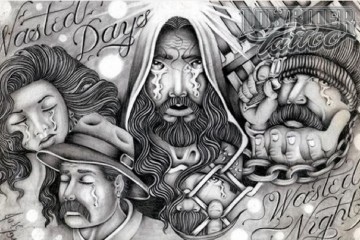